First, Humanitarian Vector was called Vestnik of the Transbaikal Branch of the Humanities Academy, its first issue came out in 1997. It became possible thanks to the initiative of the researchers from N.G. Chernyshevsky Zabaikalsky State Pedagogical University (now Transbaikal State University). The first editor-in-chief of Humanitarian Vector was D.A. Krylov, Candidate of Philosophy, and his deputy was V.V. Kulikov, Candidate of Philosophy.

The journal was published by the university printing department headed by G.T. Chernyak and D.A. Krylov. There were a lot of changes in the editorial board. In May 1999, the 5th Humanities Academy Conference in St. Petersburg awarded Humanitarian Vector with the St. Petersburg Humanities Academy Prize. The journal was a biannual publication. In March 2001, the journal was registered in the Ministry of Press and increased its circulation from 500 to 1,000 copies. It published articles of not only Russian but also foreign scientists.

The permanent sections of the journal were ‘Philosophy’, ‘Pedagogy and Psychology’, ‘Transbaikal Meridian’, ‘Historical pantheon’, ‘Abovo’ (that published articles of talented undergraduate and graduate students), ‘Experience, methodology, program’, ‘Reviews’ and ‘Scholarly life’. V.V. Kulikov’s section ‘Philosophical Poetry of Russia’ added originality to the journal. Under the auspices of the Board of Vocational Education, Science and Youth Policy of Chita oblast, a literary miscellany In the World of Science came out in 2003. Because of financial and organizational problems the journal and the literary miscellany ceased to exist the same year. But after a four-year period, on September 19, 2007 a new issue of Humanitarian Vector was published.

Since 2008 the journal Humanitarian Vectorhas been issued in the framework of the Research Laboratory of interpersonal and intergroup relations headed by N.M. Subbotina, Doctor of Philosophy. The journal specializes in publishing scientific articles, research and teaching materials in the humanities.

At present, Humanitarian Vector is a serial publication which has international standard serial numbers (ISSN), a new design, changed subject areas, updated composition of the editorial board, articles are reviewed. The journal is sent to the libraries of the leading universities in Russia, the Book Chamber, the Library of the Russian Academy of Sciences and libraries of Transbaikal Territory.

Humanitarian Vector is included into the Russian Science Citation Index and is registered in Ulrich’s Periodicals Directory, the international library directory and database.

Journal materials can be viewed and read in: 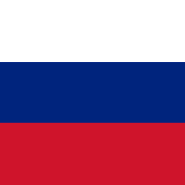